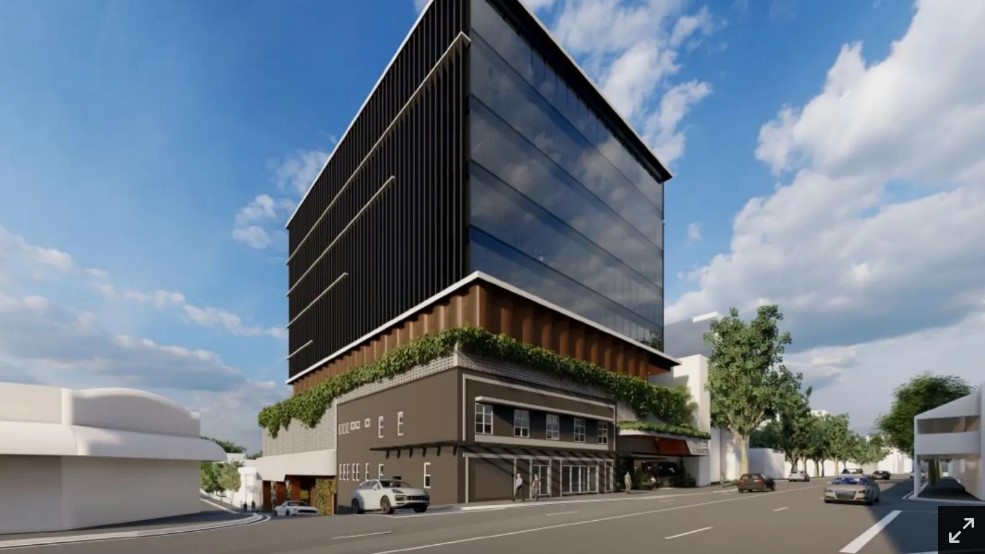 The development application for 525 Boundary Street in Spring Hill covers the former International Hotel, a two-storey building sitting empty opposite St Andrews War Memorial private hospital. Lodged by Silverstone Developments, the application seeks to reuse the existing facade of the character commercial building to create a 10-storey mixed-use development with retail and medical offices built in.

The proposal is for a high-quality commercial podium-tower form which will provide large floor plate medical suites," the asssessment report says. The site is in the city fringe area of Spring Hill, which is experiencing significant demand for healthcare services consulting.

It is anticipated that the proposal will provide a supplementary role to the nearby St Andrews War Memorial Hospital. The new building will incorporate the facade of the 1880s-era building.

Most of the original building will be demolished for the new building but the existing facade kept. The extent of demolition is notable; however, the key elements of commercial character
are considered to be the original portions of the front facade.